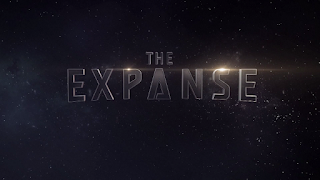 So, I watched that first Expanse episode (it's On Demand, it's own website, the SyFy site, YouTube, and probably a dozen other places).

In an of itself, it did its job: I want to watch the next episode.  If you like reasonably hard sci-fi and you're not familiar with the books, you should definitely check it out.  Ignore the idiots saying it's "Game of Thrones... IN SPACE!".  It's not.  For one, it doesn't have nearly enough rape to qualify.  For another, it features actual human characters and doesn't feel like an author working out his extensive issues (and his frankly disturbing obsession with rape).

For fans of the book, it should still be enjoyable, unless you're extremely hardline with your expectations on adaptations, in which case you've probably never seen an adaptation you've liked.

Email ThisBlogThis!Share to TwitterShare to FacebookShare to Pinterest
Labels: reviews

There's Something Under There 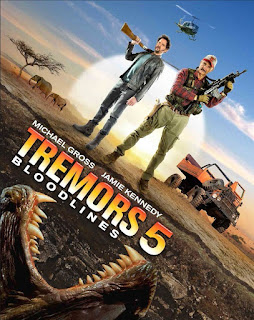 I'll admit, the Tremors series is a bit of a guilty pleasure of mine.  The first is a pretty classic creature-feature and was a great little horror-comedy flick.  I've always liked it.

They, unsurprisingly, got worse as the series went on.  2 was a serviceable direct-to-video sequel.  3 was not particularly good, but that might have just been me really disliking that they named the creature form "assblaster".  It felt like they were trying too hard.

Tremors 4: The Legend Begins was an odd duck, but enjoyable in its own way.  I think I liked it a little more than 3, if for no other reason than because it fleshed out the lore of the graboids and I can be a sucker for that kind of thing.

Which brings us to Tremors 5: Bloodlines.  The fact that there are five of these movies kind of blows my mind, especially since it's been 11 years since 4 came out.  And 25 since the first.  Let that percolate a minute.  This series has been around for 25 freaking years.