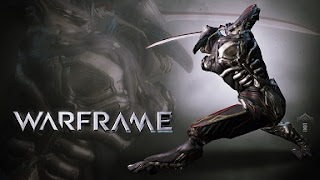 Having let my Final Fantasy 14 subscription lapse, and seeing as how I've got about 3 months of Pool of Radiance videos left to be posted, I've been whiling away my life playing Digital Extremes' free to play MMO Warframe.  You may not have heard of Digital Extremes, but they're responsible for one of the forgotten gems of gaming: the ridiculously fantastic Dark Sector.  While I'm at it, Dark Sector is also available on Steam, and you should probably buy it.  It's an over-the-shoulder shooter type game.  You can upgrade weapons and kill horrible mutants in it.  I haven't played my copy in a long time, but it's a really fun game.  Oh, and there's another reason you should play Dark Sector: your primary weapon is a glaive.  Just like Corwin in Krull.  Except that, unlike Corwin, you actually use the damn thing.  Sure, it's slowly killing you and turning you into some kind of horrible mutant, but still.  Come on man.  Glaive. 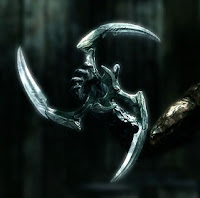 Anyway, we're not here for my rambling, I'm here to talk about Warframe.

Warframe takes place some time in the far future.  There's plenty of lore that you can unlock and learn as you progress, and it's interesting, but I've only a passing familiarity with it.  What comes across right at the outset is that you're a race known as the Tenno.  Essentially, you're a space ninja.  You're even wearing split toe shoes.  You can even flip out and kill people with a sword.  The game trucks along nicely, giving you plenty of options for gather materials and experience (er, "affinity") while also giving you a questline to follow that unlocks more stuff for you to see and do.  There's a nice balance between faffing about and nose-to-the-grindstone quest work.

As you progress through the game you unlock more planets to visit, more materials to gather, and more and tougher foes to fight.  In keeping with their good pacing, many abilities and such things are hidden behind levels and progression.  And I say hidden, not locked.  Many of these things you won't even know are possible or exist until they're unlocked.  Effectively, this helps you avoid information overload, as opposed to, say Path of Exile (which I like, make no mistake), but that humungous map of abilities can be a little intimidating.  The fact that you have a total of 4 powers also helps.

So speaking of powers, your powers are determined by the battle suit (the eponymous Warframe) you're wearing.  When you start the game, you can pick between three basic Warframes and you go from there.  There's dozens in the game, but I'll get to that in a minute.  So, for instance, I started with the Mag Warframe.  Unsurprisingly, the Mag frame deals with magnetism.  The four powers it has are: Pull, Shield Boost, Bullet Attractor, and Crush.  So, you can pull enemies to you (hurting and as a player is very different than mastering it numerically in game.  In other words, it's narrow but deep as opposed to wide and shallow.
stunning them), power up your shields (or cause enemy shields to explode), make someone attract projectiles, and, well, crush foes in an area.  There's plenty of strategy that goes along with this, and mastering a suit

In addition to your powers, you also have a melee weapon (sword, knife, axe, scythe, etc), a primary weapon (smg, sniper rifle, shotgun, etc), and a secondary weapon (mostly pistols).  In addition to leveling up your Warframe, you can also increase your affinity to the weapons you use.  Increasing that affinity lets you add more mods to the weapon.  Mods can do any number of things from increased attack speed to increased ammo to increased penetration.  It also allows for elemental attacks to be added to the weapons.  Needless to say, this continues the "narrow but deep".  Oh, and Warframes get mods too...  For what it's worth, I'm only about 12 hours into this game, so this is just what I've found, experienced, and what little I've seen looking at the Wikia for the game.

Oh hey.  Did I mention this was multiplayer?  It is.  You can prebuild a party of four with friends and wreck havoc, or use the game's automatic party builder.  As long as the mission isn't complete, you can join a game in progress or have people join your game.  For popular missions, this can be handy.  Start up a game and ten seconds later, you'll go from solo to full party.  Also, aside from a couple types of mission, there's not much a goofball can do to screw you up.  Thus your cost of entry as it was, is quite low.  It doesn't much matter if you're a bad player because you aren't likely going to be responsible for a TPK.  And while we're at it, the community is quite friendly.

So this brings us to the elephant in the room: the game is Free To Play.  Which means you're going to have two classes of player: those who pay and those who don't.  Platinum, the premium currency is used for a variety of things to make life easier.  Say you want a new sword.  You can spend, say, 200 platinum and get the sword.  Or, you can spend credits (the generic currency) to buy a blueprint and then gather materials and construction time (usually around 8-12 hours real time) to build the item.  A premium sword and a blueprint sword are exactly the same aside from one being considerably faster to get than the other.

However, there's also a limit on how much stuff you can have.  For instance, when you start playing, you have room for two Warframes.  If you want more than two, you'll have to spend platinum to unlock more slots.  If you're fine juggling just two slots, like if you're going to focus on just one Warframe or whatever, then you can use your starting platinum elsewhere.  Most inventory slots are similarly limited.  You appear to have unlimited room for blueprints, though, so you could get a bunch of weapons ready to go, and then cycle through them.  On the plus side, platinum can be traded between players.  Thus, if you find a rare item that you don't want, you could trade it to someone else for platinum and use it for whatever.

There's very little in the game that can only be acquired through platinum.  Slots would be one thing, and aesthetic customizations are the other.  For instance, you can add these translucent, ethereal-looking cape-like things for your Warframe.  Those can only be bought with platinum, but they don't do anything at all except look pretty.  I'm fine with that.  If I want to make my gun jet black, I need to buy a color pack.  But if I don't care what my gun looks like (I don't), I can just ignore that functionality.

In other words, while you can spend real money on the game, it is not a pay-to-win model.  Someone could certainly drop hundreds of dollars on the game to unlock elite frames and sweet weapons, but that doesn't give them an advantage over a long-term, dedicated player who spent nothing.  You'd have an advantage over a free newbie, but... well... that's not much to brag about, frankly.  Furthermore, the really good weapons are XP locked, so it doesn't matter how much money you have, you can't get them out the gate anyway.

Cutting to the teal deer chase, Warframe is a surprisingly good game.  It looks gorgeous, the gameplay is smooth, it's quick to learn while being slow to master.  The difficulty curve is properly aligned.  The plot is interesting without being too prominent so as to be annoying.  It allows you to speed things up with real money without requiring it.  And, most importantly, it's fun.  If you're looking for a fun MMO but don't want to pay a monthly subscription, you should check out Warframe.